A Parliament of Crows – Part 2

IFD Publishing is reissuing Alan M. Clark’s historical novel A Parliament of Crows as part of its new boutique imprint, Horror that Happened – Based on a True Story.  This is a continuation of my experience re-reading the book. You can find Part 1 here.

When the Civil War ended and their father died, the three sisters were left with nothing but worthless Confederate notes. They were destitute, and needed to find a way to begin to rebuild their lives, and pay their own way.

Clark deftly moves from the days of the trial and their time in jail back to the days that formed the women’s personalities, including hiding from freed, starving slaves and Union soldiers during the Civil War and beyond.

Carolee’s convenient marriage to a Civil War soldier set them up for a time, but Carolee wasn’t cut out to be a wife and mother. The three women all wore black, all the time, and looking much alike, were continually misidentified as one another. They made their way in the world, discovering that despicable crimes of insurance fraud and murder could pay that way.

The courtroom drama plays out with increasing tension as the prosecutors, looking into Orphelia’s death, make accusations that ignite indignation and therefore inappropriate outbursts from Vertiline. Is she her own worst enemy in every way? 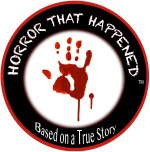 One response to “A Parliament of Crows – Part 2”