I’m doing a blog tour with Silver Dagger Book Tours for my novel Lizzie Borden during the month of July. This is the schedule. Please stop by to read what I have to say about the book, some Q&A, book reviews, and an opportunity to win some giveaways.

A WONDERFUL WORLD OF WORDS

What Is That Book About

2 chicks and a book

Books all things paranormal and romance

Momma Says: To Read or Not to Read

4covert2overt ☼ A Place In The Spotlight ☼

Maiden of the Pages – REVIEW

My publisher, IFD Publishing, has opened a new imprint, Horror that Happened. I’m delighted that the first will be my perennial bestselling Lizzie Borden.

This is the official announcement:

The outrageous is all the more extraordinary when we know it actually occurred.

Horror that Happened provides riveting stories in three categories: True Crime, Based on a True Story, and Lifted from the Past. 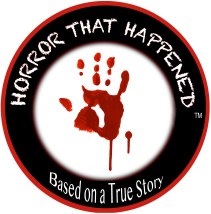 The imprint will be launched with the release of Elizabeth Engstrom’s Lizzie Borden under the subcategory, Based on True Story. In the novel, Engstrom imagines an intimate view of the life of Lizzie Borden during the period surrounding the murder of her parents.

On September 1, 2019, IFD Publishing will release within the same category, A Parliament of Crows, by Alan M. Clark. The novel is inspired by the lives and crimes of the infamous Wardlaw sisters, 19th century American murderers.

Following that, in the True Crime category, will be Elizabeth Engstrom’s Divorce by Grand Canyon.

Lifted from the Past will include unsettling works in the public domain, such as Jack London’s The People of the Abyss, and various writings about the Bell Witch from the 19th century.

We hope you will come back to IFD Publishing for your high-quality reading entertainment.

Tagged as A Parliament of Crows, Based on a True Story, Historical Fiction, Horror that Happened, IFD Publishing, Lifted from the Past, Lizzie Borden, True Crime